When did pink become cool again? Was it before the Prada pink suit or after the Arvida Bystrom/Petra Collins art takeover? It was definitely after Barbie, but I wouldn’t say it was on a 2004 Wednesday either – sorry Mean Girls. We’ve come a long way since Juicy Couture tracksuits, Motorola flip phones and mini handbags, allowing us enough time to recover from our previous disastrous pink affair and dive into another one, only this time more wiser and less Paris Hilton. So on a 2016 Wednesday, how would the Mean Girls wear pink today?
Fuchsia and hot pink would definitely not be seen. This time around it’s shades of rose and blush, a softer approach but not necessarily a subtler one – blocking your entire outfit is still very much a yes. The reason it works now is because the pieces are structured; tailored items make the trend girly without looking childish, a grown-up approach to feminine dressing that ensures nobody ends up in the Burn Book for a fashion faux pas. 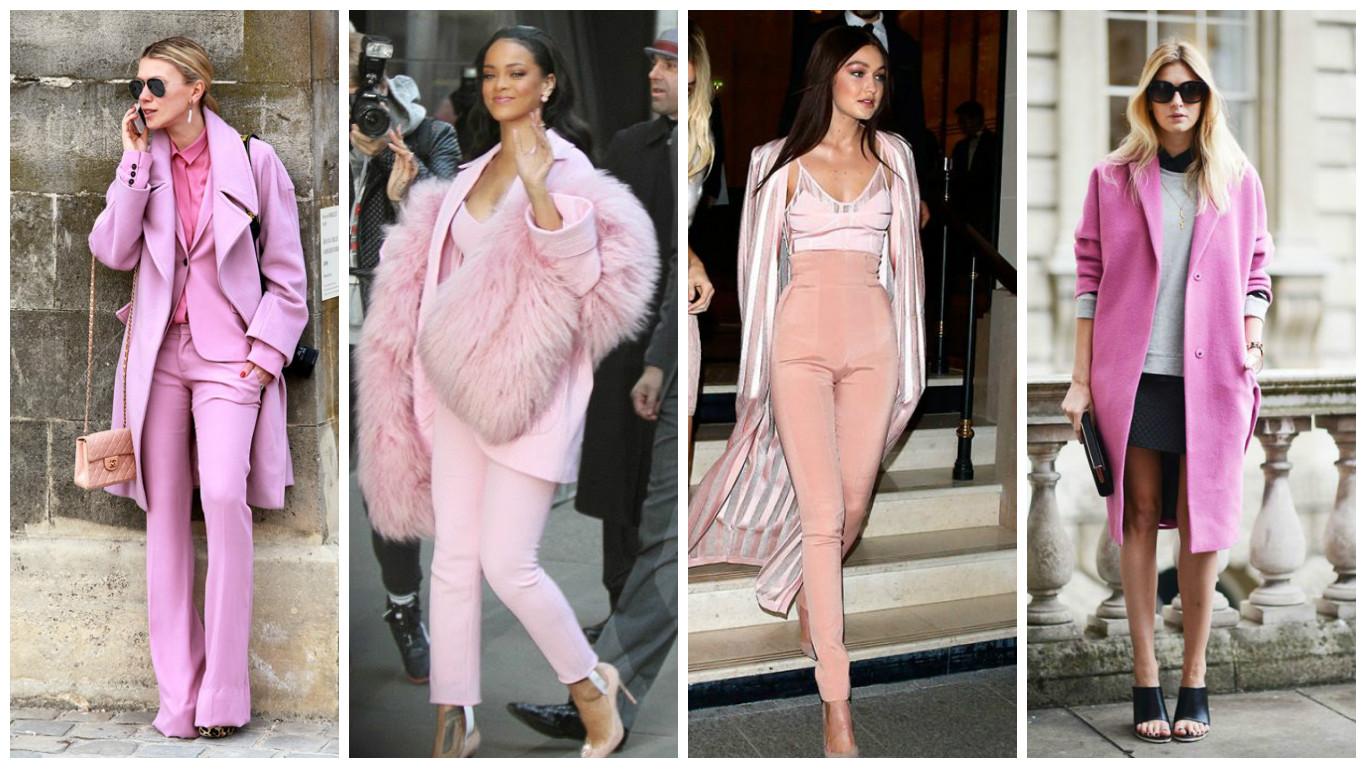 Gretchen Weiners would rock the power suit (first image) after inheriting her fathers business skills and successfully making Fetch happen, her own online fashion company – and we can’t forget her white gold hoops. Karen would be telling the weather forecast in the pale pink co-ord (second image), while Regina George would be working this Balmain outfit (third image) before everyone else, who of course is still completely obsessed with her. And as for Cady Heron, she finally gave Damon’s pink shirt back after realising it wasn’t really her thing, but would be testing the waters again with this rosy over coat (last image).
In this sense you could say I’m being a bit of a Cady – testing the waters with this bomber jacket before jumping all in. It’s a big step from someone who hated pink and mainly wore black for much of the last year, but I’m finding the colour bearable by wearing it on a sporty piece. Next on the agenda is my assigned Regina George outfit. After all, if Regina George buys army pants and flip flops…